Escherichia coli (E. coli) strains placed in predominant nosocomial bacteria in intensive care units (ICUs), resulting in severe drug-resistant infections. Non-susceptibility to β-lactams and last-line drugs such as Fosfomycin and Colistin cause limited availability of infections eradication. The objective of this study included the determination of genes encoding extended-spectrum β-lactamase (ESBL), Carbapenemase, Colistin, and Fosfomycin resistance in clinical isolates of E. coli in ICUs. A total of 200 E. coli isolates were identified from ICU settings. The CTXM-1, SHV, IMP and OXA-48 genes were detected for β-lactamases using the polymerase chain reaction (PCR) technique. The fosA3 and mcr-1 and mcr-2 genes were also detected for resistance against Fosfomycin and Colistin. The CTX-M1, SHV, IMP and OXA-48 genes were detected in 60 (30%), 56 (28%), 28 (14%) and 4 (8%) of isolates. none of the E. coli isolates had the mcr-2 and fosA3 genes. Despite the existence of resistance genes to the third-generation antibiotics and Carbapenemase s, any isolates had genes for resistance to Fosfomycin and Colistin. More studies are needed to follow the resistance genes against last-resort antibiotics.
Keywords. Escherichia coli, beta-lactamase, Fosfomycin, Colistin, ESBLs.
INTRODUCTION
Escherichia coli (E. coli) organism is known as the cause of wound and urinary infections, pneumonia, meningitis, sepsis, etc., so it is unique along with other members of the normal intestinal flora 1-5. This bacterium is facultatively anaerobic, oxidase negative and catalase-positive. E. coli is one of the most common microorganisms in the normal intestinal flora of humans and warm-blooded animals 6-9. It colonizes in the host intestine a few days after birth. Today, the increasing spread of antibiotic-resistant bacteria is one of the problems of human society. Bacteria can be resistant to different types of antibiotics through different mechanisms 10-13. One of the most common antibiotic resistance mechanisms, especially in Gram-negative bacteria, is the production of beta-lactamase enzymes. They are enzymes that cause the beta-lactam antibiotic ring's cleavage, such as Penicillins and cephalosporins, to inactivate these drugs, thereby protecting the bacteria against the drug.
Extended-spectrum beta-lactamase (ESBL) enzymes are beta-lactamases that hydrolyze Penicillins, first-, second-, and third-generation cephalosporins, as well as aztreonam, but do not affect carbapenems (such as imipenem) and cephamycins (such as cefoxitin) 7,10,11.
Despite the measures that have been taken in developing broad-spectrum antimicrobials, the emergence and spread of bacterial resistance is a concern 1,3,6,10,11. Gram-negative spp is one of the significant barriers to properly treating infectious diseases. Among them, those that produce ESBLs restricted treatment of menacing infections. E. coli is a common species in the production of ESBL enzymes and is a major cause of nosocomial infections 14,15. On the other hand, resistance to carbapenems is a severe issue that is caused by various enzymes. Intensive care units are basic settings where the resistant strains spread. Major ESBL and Carbapenemase genes include CTX-M, SHV, TEM, IMP, VIM and OXA-48, which are spread with various resistance levels 1,3,10,11,14. The aim of our study included detection of genes encoding ESBLs (SHV and CTX-M1), Carbapenemase s (OXA-48 and IMP1), Colistin and Fosfomycin among E. coli from ICU settings.
MATERIALS AND METHODS
Bacterial isolates and patients
450 stool samples were initially collected and cultured onto the blood agar and MacConky media (MErk, Germany). Suspected colonies were subjected to the IMVIC test to identify them. These tests included indole production, motility in the SIM medium, vogues pro square and citrate consumption. 200 E. coli was determined using biochemical tests from ICU settings. Patients included 84 males and 112 females with an age mean of 52.21 years. All the patients had more than 24h of hospitalization.
Phenotypic detection of ESBLs
The production of ESBLs enzymes was confirmed using the synergy and combine tests. The synergy test included a culture of isolate onto the Mueller Hinton agar and placing two disks co-amoxiclav and ceftazidime near each other. Additionally, the combined disk included placement of ceftazidime disk and a blank disk that contained clavulanic acid. Any increase in the inhibition zone exhibited the production of ESBLs.
DNA isolation
The total genomic DNA was extracted using the boiling method. After preparation of bacterial suspension from a single colony of isolates in DDH2O, each tube was boiled for 10min and centrifuged at 10,000rpm for 5min. The supernatant was used as a DNA template. The quantification of the DNA load was evaluated using the 260/280 ratio and Nanodrop device to be >1.8.
Detection of ESBLs and Carbapenemase genes
The ESBL and Carbapenemase genes, including CTX-M, SHV, IMP and OXA-48 were detected using PCR and using specific primers shown in table 1. The PCR conditions included 94°C for 3min, and a 30 cycle of 94°C, annealing for 45s, 72°C for 1min and final extension of 72°C for 10min. The master mix (6µL), template DNA (1µL), each F and R primer (1µL) and DDH2O (5µL) were mixed in the reaction tube.

Table2. The primer sequences for the detection of Fosfomycin and Colistin resistance genes.
The thermal cycle for detecting mcr-1 and mcr-2 genes was similar to that of previous, but the annealing temperature included 56°C and 58°C. The PCR products were run onto the 1% gel agarose in 1X Tris Borate EDTA (TBE) and visualized using safe dye.
Data analysis
The prevalence of genes was analyzed by SPSS version 20, and the un-paired T-test and ANOVA options were used for assessment of significance defining <0.05 cut-off value.
RESULTS
Patients and isolates
Of 200 patients, 84 males and 112 females with a mean age of 52.21 years were included. The previous hospitalization was determined in 177 of them (p<0.001). All the patients had more than 24h of hospitalization. Moreover, 189 (p<0.0001) of them had previous beta-lactam administration. The age range of patients and rate of ESBLs production has been depicted in table3. 70 patients were infected with ESBL-producing E. coli. 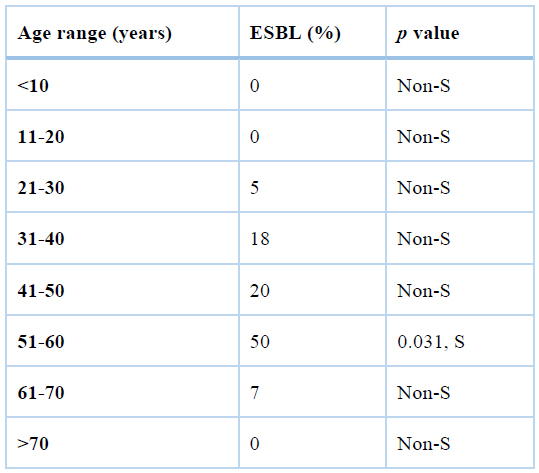 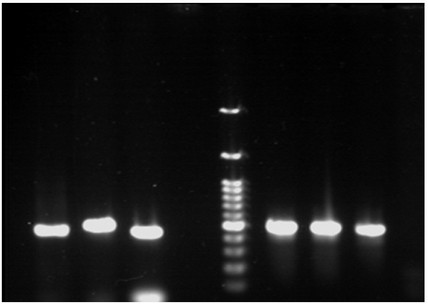 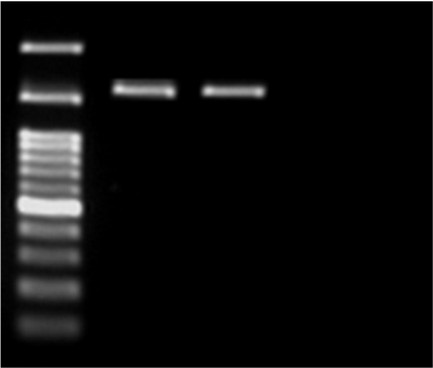 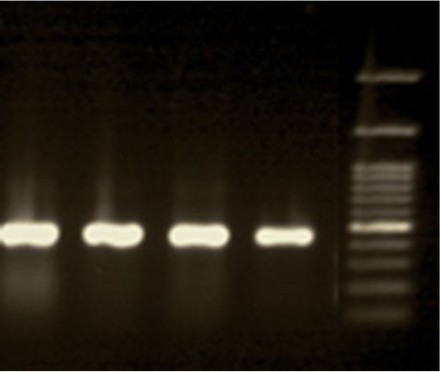