Fig. 1: Different methodologies devised for the exploitation of microalgae in the biosynthesis of nanomaterials.
Biosynthesis of NPs using extracted biomolecules from microalgae
In 2007, a Singaporean team extracted biomolecules from Chlorella vulgaris, a unicellular green microalga, in order to carry out the synthesis of Au-NPs19 and Ag-NPs20 via two distinct methodologies. To obtain gold nanoplates, the biomass of C. vulgaris, first lyophilized, was then subjected to reverse-phase high-performance liquid chromatography (RP-HPLC) until the protein responsible for directing the shape of the NPs, coined GSP for Gold Shape-directing Protein, was isolated.19 Depending on the amount of GSP brought into contact with an aqueous solution of 1 mM HAuCl4, the reaction yields the production of mostly gold nanoplates in the shape of triangles, truncated triangles and hexagons, and a few spherical gold nanoparticles. In the case of Ag-NPs, low and high molecular weight proteins, PLW and PHW, respectively, contained in the biomass of C. vulgaris, were isolated using a dialysis membrane and tested for their ability to promote the reduction of cationic silver into its metallic counterpart.20 As a result, only PHW were able to promote the biosynthesis of Ag-NPs, under the shape of spheres, nanodisks and triangular nanoplates, once challenged by an aqueous solution of AgNO3 (Fig. 2-A).
The pigment C-phycocyanin, either lab-extracted from Limnothrix sp. or commercially purchase and isolated from Spirulina, has been shown to promote the biosynthesis of Ag-NPs starting from an aqueous solution of AgNO3.21 Importantly, the reduction of cationic silver into its metallic counterpart occurs only under light, suggesting that this process is light-dependent. A similar trend has been observed when exopolysaccharides of the green microalga Scenedesmus sp. were used to implement the same synthesis.21 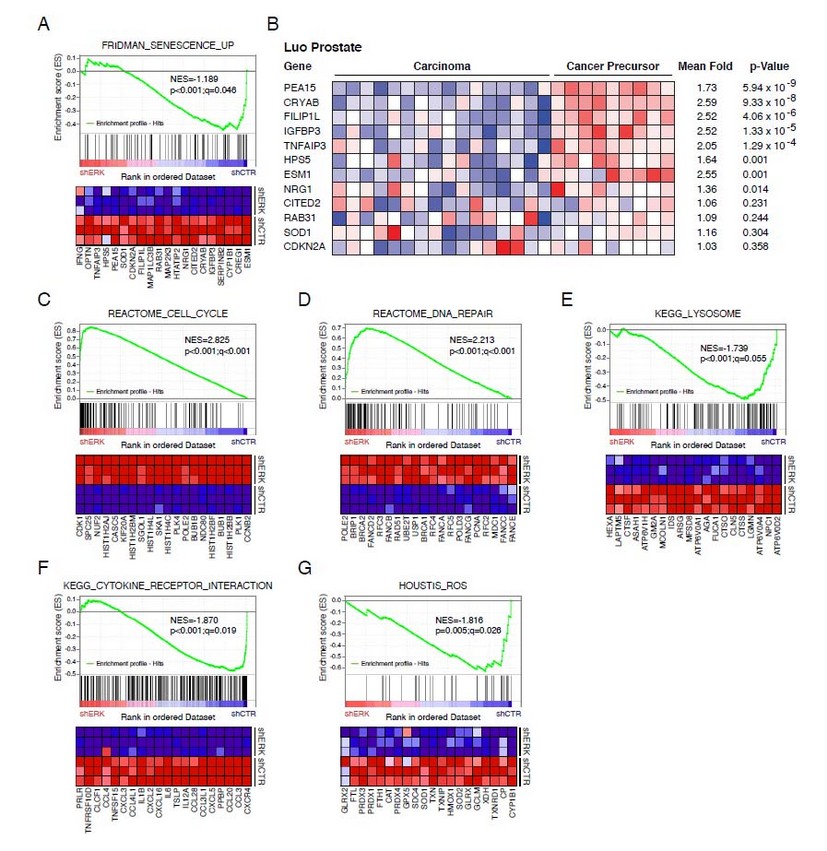 Fig. 2: (A) TEM micrograph of Ag-NPs synthesized by PHW (Proteins of High molecular Weight) extracted from Chlorella vulgaris. Adapted with permission from Ref.20 Copyright (2007) American Chemical Society. (B) TEM micrograph of irregular Ag-NPs produced by Amphora sp. extract. Adapted with permission from Ref.23 Copyright (2015) Elsevier.
Biosynthesis of Me-NPs using cell-free supernatants
Patel and colleagues reported on the exploitation of cell-free supernatants of several species of cyanobacteria and Chlorophyta for the biosynthesis of Ag-NPs starting from an aqueous solution of AgNO3.24 Although the authors did not provide information regarding the NP features nor the nature of the biomolecules involved, the production of the Ag-NPs occurred only when the reaction media were exposed to light. This fact may suggest that the bio-chemical pathways leading to the appearance of Ag-NPs is light-driven. Besides the ability of harvested whole cells, Sudha et al. described the biosynthesis of Ag-NPs of 40-80 nm using the filtrate of the cyanobacterium Microcoleus sp.26
Biosynthesis of Me-NPs using harvested whole cells of microalgae
This method, consisting in the use of harvested whole cells of microalgae for the biosynthesis of Me-NPs, is much easier to implement than the previous ones as the grown cells are harvested through centrifugation/washing cycles before being brought into contact with metallic salts. Even if the cells remain intact and do not suffer from any damage, they may lose their metabolic activity within hours as they are isolated from their growth media and re-suspended in distilled water, the latter medium constituting a stressful environment exposing them to high osmotic pressure.
For instance, whole cells of Plectonema boryanum, a filamentous cyanobacterium, proved efficient in promoting the production of Au-NPs,28 Ag-NPs,29 Pt-NPs30 and Pd-NPs31 when exposed to the corresponding salts of these metals. The experiments were carried out at different temperatures for a certain amount of time. This yielded the appearance of a population of NPs displaying different shapes and different sizes. Importantly, the process occurs both on the surface of the cells and in solution (Fig. 3-A and B, respectively). However, in the absence of thin sections on the cells, it is impossible to either affirm that the process is partly intracellular or to deny it. Other species of cyanobacteria were successfully screened for their ability to promote the production of Ag-NPs24, 32-35 and Au-NPs.36-38 Likewise, several species of green microalgae demonstrated the same capabilities and promoted the production of Ag-NPs24, 25, 39 and Au-NPs.40, 41 Furthermore, harvested cells of Euglena gracilis and Euglena intermedia (Euglenozoa) carried out the biosynthesis of Ag-NPs22 while those of Navicula minima (diatom) were used for the production of Au-NPs.36 The studies that generated photonic pictures of the cells allow to affirm that the NP biosynthesis process is intracellular, independently of the targeted metal and the division of algae to which the species belongs, in a similar way to that reported for living cultures (vide infra).

Fig. 3: (A) TEM micrograph of a cell of Plectonema boryanum (cyanobacteria) incubated with an aqueous solution of PdCl2 at 60 °C for 28 days and displaying Pd-NPs on its surface. (B) Pd-NPs in solution. Scale bars: 20 and 200 nm, respectively. Reprinted with permission from Ref.31 Copyright (2007) American Chemical Society.
Biosynthesis of Me-NPs using microalgal living cultures
Among the microorganisms and other biological resources exploited so far, microalgae are the only entities that allow the design of photobioreactors for the sustainable and scalable production of nanomaterials as the experiments are carried out at room temperature and atmospheric pressure, through a one-step process consisting in adding the aqueous solution of the corresponding salts directly to the cells maintained under their usual culturing conditions. On a fundamental point of view, these experiments may also allow to gain insights in the understanding of the underlying mechanisms that govern those processes while the cells are still alive and behave as whole biological entities.17, 42 Since the advent of this methodology a decade ago, cells belonging to more than a half-dozen of algal phyla have been tested for their ability to promote the production of Me-NPs. For instance, the cyanobacterial strains of Anabaena flos-aquae, Calothrix pulvinata and Leptolyngbya foveolarum, were able to implement the biosynthesis of nanoparticles of Au, Ag, Pt and Pd.43 Once synthesized within the cells, the NPs are released into the culture media where they form stable colloids easing therefore their recovery.
The biosynthesis of Ag-NPs was reported using several species of microalgae belonging to cyanobacteria,35 Haptophyta,44 Ochrophyta45 and Chlorophyta44-46 while the biosynthesis of Au-NPs was described using living cultures of Bacillariophyta, cyanobacteria,47, 48 Euglenozoa,49 Chlorophyta46, 50, 51 and Charophyta.52 Moreover, the biosynthesis of bimetallic alloy NPs of silver and gold was implemented using microalgal strains of cyanobacteria53, 54 and Chlorophyta.46
The biosynthesis of noble metal nanomaterials using living cultures of microalgae possesses very special and valuable features. The whole process is depicted in Fig. 4. Each cell – birthplace of the NPs owing to the presence of a complex photosynthetic enzymatic machine – seems to behave as a microscopic photosynthetic factory while the whole culture acts as a photobioreactor. As the biosynthesis process occurs within the cells, the NPs are, in their vast majority, spheres of a few nm in diameter with a narrow distribution in size.47 On their path towards their release to the surrounding medium of the cells, they are wrapped within an organic matrix made of polysaccharides present within and on the cell surface.51, 55 Once released into the supernatant, the NPs form stable colloids due to their capping biopolymers. These latter hinder the NPs from undergoing any alteration in shape and/or size. As a result, the colloids of the emergent NPs can be easily separated from the cells. The addition of fresh culture media will trigger the remaining still viable cells to multiply and allow a new cycle of biosynthesis to be carried out. Bearing in mind the fact that the cells can survive the toxicity of the metallic cations, they can also develop a resistance towards these same cations through mechanisms yet to be clarified, allowing them to handle higher concentrations of those chemicals.52 Another key-feature of microalgae resides in the uptake of silver and gold salts without any predilection, leading thus to the formation of bimetallic alloy NPs of well controlled compositions paving the way to very interesting future developments in the production of NPs of desired compositions.46, 53 All these features make microalgae a biological resource of choice regarding the biosynthesis of nanomaterials. In addition to that, microalgae maintain their NP biosynthetic capabilities when entrapped within either an inorganic matrix56 or organic capsules.57