Table 1. The sequence of primers used in this study.

Statistical analysis
The Statistical Analysis System- SAS (2012) software has been utilized to detect the effects of various factors in the study's parameters. T-test has been utilized for the significant comparison between the mean values. The Chi-square test has been used to significantly compare the percentage (0.05 and 0.01 probability in this study. The allelic frequency and equilibrium of the studied genes were extracted according to the Hardy-Weinberg equation.
RESULTS
Frequency of NOD1/CARD4 gene G796A (rs2075820) polymorphisms
Allelic and genotypic data from this study show a highly significant association of G796A rs2075820 SNPs in the NOD1 gene with CD. The SNP G796A carriage variant for the NOD1 gene was an important risk factor for CD. The chi-square value was 11.728, a significant value for the genotype GA. The percentage of heterozygous genotype GA was 56.67% compared to seemingly healthy controls; genotype GA was not detected, while genotype AA was not detected in patients and control.   Furthermore, allele G was considerably more common in Crohn's patients than allele A (0.72 vs. 0.28) (P≤0.01) table (2). Figures (1 and 2) show results for NOD1 SNP G796A genotyping. 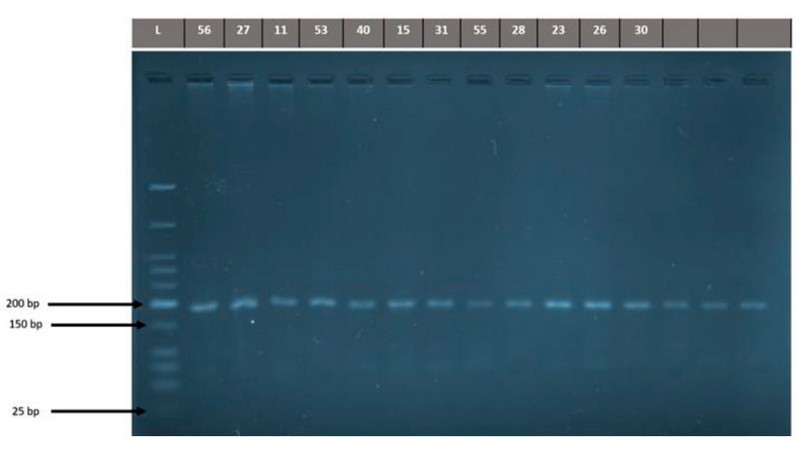 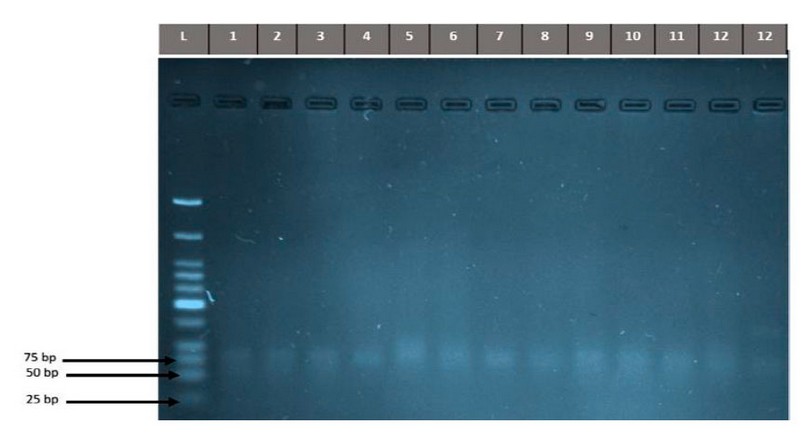 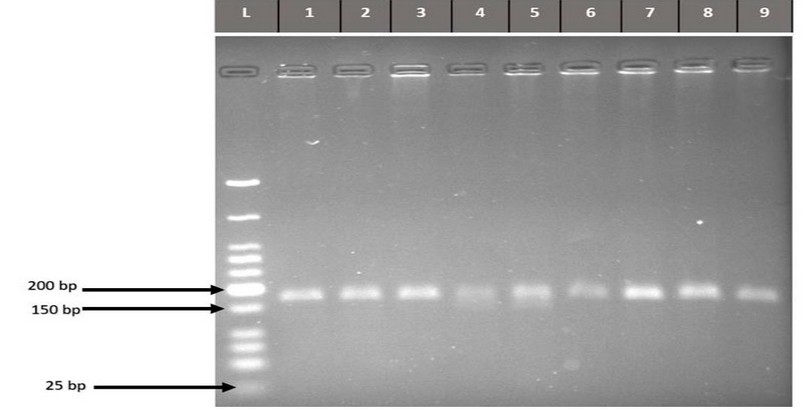 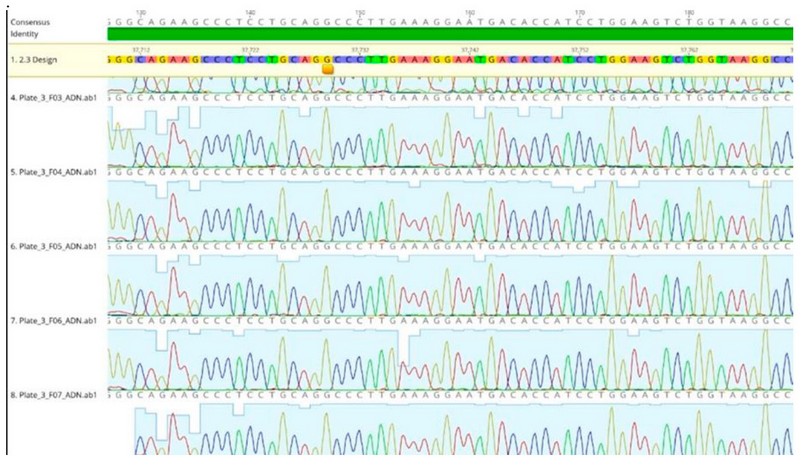