Previous / Index / Next
Evaluation of secondary cancers, synchronous and metachronous with bladder cancer

, Mohammad Heidari2, Hassan Fatemi Manesh3
1   Department of Surgery, Qom University of Medical Sciences, Qom, Iran.
2   Department of Pediatric Nephrology, School of Medicine, Qom University of Medical Sciences, Qom, Iran
3   Student Research Committee, Qom University of Medical Sciences, Qom, Iran
*  Corresponding author:  Jalaleshaghhoseini@gmail.com.
Available from: http://dx.doi.org/10.21931/RB/2022.07.01.6
ABSTRACT
The number of bladder cancer survivors worldwide is increasing due to the advancement of diagnostic methods and bladder cancer treatment. Besides, bladder cancer is the sixth most common cancer in Iran. Nowadays, many secondary cancers have been proven with bladder cancer. This study focused on synchronous and metachronous cancers with bladder cancer. This study was performed retrospectively. A total of 276 patients with a definitive diagnosis of bladder cancer were included in the study. Tumors were diagnosed using ultrasound and cystoscopy. Out of 276 patients with bladder tumor, 240 underwent resection, 25 underwent radical cystectomy, and 31 underwent chemotherapy in addition to resection.
The mean age of patients was 65±3.9 years. Among the patients, 184 were male (67%), and 92 were female (33%). Smoking was the most common known risk factor. There were 165 smokers, 135 of whom were male and 30 female. Sixty-nine patients had no known risk factor (P <0.05). Gastric cancer was the most common secondary cancer with bladder cancer in all individuals (5.7%). Prostate cancer (20%) in men and cervical cancer (11.9%) in women was the most common secondary cancer simultaneous with bladder cancer. Given the importance of SPC as a cause of cancer death, early detection and screening of primary cancer survivors will increase patients' life expectancy and quality of life.
Keywords. Secondary cancers, Synchronous, Metachronous, Bladder cancer.
INTRODUCTION
Bladder cancer is the most common malignancy of the urinary system and the 11th most common cancer in people. The prevalence of this cancer is increasing in different countries of the world. This cancer's mortality rate and incidence vary in different countries and regions. This difference depends on epidemiological data, social, cultural, and economic characteristics 1-2. Bladder cancer is the sixth most common cancer in Iran. The prevalence of this cancer in Iran's population is 33.2 patients per 100,000 people 3. Statistics indicate that this cancer has an increasing prevalence in Iran 4 and registers more than 70,000 new cases and 30,000 deaths annually 5. In general, 7.04% of cancers in Iran are associated with bladder cancer 6. Bladder cancer's leading risk factor is smoking, accounting for 50-65% of all cases. Occupational or environmental toxins also play a significant role in causing this disease. In general, the risk factors for bladder cancer can be classified into three subtypes: genetic and molecular abnormalities, chemical or environmental exposure, and chronic irritation.
The bladder is an empty organ that stores urine in the lower abdomen. The urothelial cells of the bladder's lining are exposed to mutagenic substances secreted by the kidneys. These substances cause metaplasia and dysplasia changes and eventually bladder cancer. Most bladder tumors are transitional. In studies, bladder tumors have been synchronous and metachronous with other tumors. 90% of bladder cancers are diagnosed at 55 and above, and the disease is four times more common in men than women 7-10. In general, the treatment approach in bladder cancer is determined after determining the type of cancerous tissue. Treatments include bladder tumor resection, radical cystectomy, and complementary therapies such as single-dose intravesical immunotherapy with bacillus Calmette-Guérin (BCG) or intravesical chemotherapy 11. This study aimed to evaluate secondary tumors synchronous and metachronous with bladder tumors that, if diagnosed and treated in time, the disease will have a better prognosis, and the person will achieve better recovery.
MATERIALS AND METHODS
Ethics
This study was performed in the Center of Shohada Ashayer Khorramabad and Kamkar-Arabnia Hospital in Qom from 2006 to 2019. Written consent was obtained from all participants in the study. The personal information of patients included in the study was kept secret.
Study population and inclusion and exclusion criteria
In this study, 276 patients were included in the study. The inclusion criteria were those patients with significant bladder tumors. All types of bladder tumors were considered. These patients then underwent bladder tumor resection surgery based on a specialist diagnosis or, if necessary, radical cystectomy or additional treatments were considered for them 13. Suspected patients to bladder cancer, which were referred to the hospital for cystoscopy and had consented to participate in the study were included in this survey. Patients without bladder tumors and those who don't have access to a definitive diagnosis were excluded from the survey.

Tumors diagnosis
Tumors were diagnosed using ultrasound and cystoscopy12. Ultrasound was carried out with GE Voluson 730 using a convex probe with 5.3 Hz for all patients. A single individual carried out all ultrasounds. Afterward, the patients underwent cystoscopy conducted by a urologist who was not aware of the patients' ultrasound results. Afterward, tissue samples were prepared and sent to a pathology laboratory for pathological examinations. Olympus flexible fiberoptic cystourethroscopy was used for cystoscopy diagnosis of bladder tumors12.

Study procedure
This study was performed retrospectively. The patients' information in the study was evaluated at intervals of about one year and five years after the diagnosis of bladder tumor in reading files, telephone calls, self-reports, and door-to-door visits for underlying diseases and secondary cancers. In case of the patient's presence and declaration of secondary cancer, the inclusion criteria were pathology reports, biopsy, endoscopy, and cancer-appropriate imaging in their medical records in the hospital. The subjects' underlying disease information in the study was recorded as a reading of hospital information.
Statistical analysis
According to the chi-square test, all data were then analyzed using SPSS software (version 22). P-value <0.05 was considered a significant level 14-18.
RESULTS
Demographic characters
Out of 276 patients with bladder tumor, 240 underwent resection, 25 underwent radical cystectomy, and 31 underwent chemotherapy in addition to resection. The mean age of patients was 65±3.9 (69 years). The youngest was 24 years old, and the oldest was 105 years old. Among the patients, 184 were male (67%), and 92 were female (33%). Men's ratio to women was 2, and men 61-80 years old had the highest prevalence (P <0.05). Smoking was the most common known risk factor. There were 165 smokers, 135 of whom were male and 30 female. Sixty-nine patients had no known risk factor (P <0.05).
Bladder tumors frequency
Table 1 shows the frequency of bladder tumors amongst included patients. Findings showed that Transitional cell cancer (TCC) was the most frequently detected tumor amongst studied samples (88.60%) (P <0.05). However, adenocarcinoma was the less frequently detected tumor. 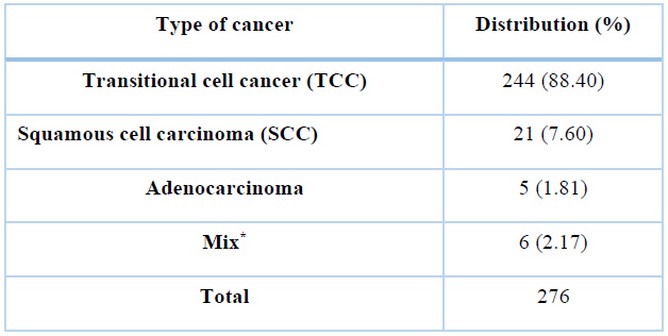 Table 4. Frequency of underlying diseases amongst the studied patients.
Other cancer distribution
Table 5 shows the frequency of other cancer types amongst the studied patients. In clinical, self-report and confirmed pathology examination, synchronous tumors, five years and if alive ten years after bladder tumor, diverse cancers were obtained. The most frequently detected cancer types were prostate (13.40%), stomach (5.79%), colon (4.34%), and cervix (3.98%). 63.40% of patients had no other cancers 5 years after the bladder tumor. No testicular tumor was clinically observed in the urogenital tract. Laryngeal and pancreatic tumors were also not observed in this study.