×
Go to content
INVESTIGATION / RESEARCH
Previous / Index / Next
Overview of Tuberculosis Coinfection with HIV in Ecuador 2010-2015.

Ariel Torres1, María Cedeño2, Rosa Pinargote3, Martha Fors4
Available from: http://dx.doi.org/10.21931/RB/2020.05.01.3
ABSTRACT
To describe the behavior of Tuberculosis/Human Immunodeficiency Virus co-infection in a cohort of people affected by sensitive Tuberculosis in Ecuador from 01 January 2010 to 31 December 2015. Design: Secondary analysis and descriptive study of patients with TB/HIV in the study period. Results: The percentage of coinfected persons reached 11% in the whole period of study, with a range from 8.4% to 12.7%.  Male sex shows the highest incidence rate, representing 76.7% at the rate of 1 man for every 3.3 women. The population with the highest incidence of patients is economically active; the age group of 25-34 years reaches 40.1%. The coastal zone of the country reports more than 75% of the coinfected patients. Increased HIV/AIDS screening should be increased for Tuberculosis, with particular emphasis on male sex and enhance the actions in the coastal provinces.
Keywords. Tuberculosis, Human Immunodeficiency Virus, co-infection
INTRODUCTION
Tuberculosis is one of the ten leading causes of mortality in the world. In 2015, 10.4 million people became ill with tuberculosis, and 1.8 million died from tuberculosis (including 0.4 million people with HIV). More than 95% of tuberculosis deaths occur in low- and middle-income countries. It is estimated that one million children became ill of tuberculosis in 2015 and that 170,000 children died due to this cause (excluding children with HIV). Tuberculosis is one of the leading causes of death in HIV-positive people: by 2015, 35% of HIV-related deaths were due to tuberculosis 1. Global tuberculosis control faces significant challenges today. In general, intensive efforts are still needed to make quality care accessible to all, regardless of gender, age, type of illness, social environment and ability to pay. Co-infection with Mycobacterium tuberculosis and HIV (TB/HIV), especially in Africa, and multidrug-resistant (MR) tuberculosis, and extensively resistant in all regions, requires more complex and demanding control activity. Various risk groups require special attention. These challenges must be addressed by national tuberculosis programs with care tailored to each need. HIV is the main reason that tuberculosis control goals are not achieved in areas where HIV infection is prevalent. Tuberculosis, at the same time, is the most important cause of mortality among people living with HIV/AIDS 2. In 2015, 268,500 people with TB were estimated in the region of the   Americas, with an incidence rate of 27.1 x 100,000, but 218,700 people with TB were notified, an incidence rate of 22.1 x 100,000, with a notification gap of 49,774 patients. Of the reported cases, 21,885 cases corresponded to TB/HIV Coinfection (9.49%). 81.8% of TB patients were aware of their HIV status, 12% of those who knew their HIV status were infected with HIV (TB/HIV). A total of 31,700 cases of TB associated with HIV were estimated; 6,000 people with HIV developed TB, of which 58.4% of patients with TB/HIV received Antiretroviral therapy (ART). The estimated number of deaths from TB was 18,500, of which 5,900 people died from TB/HIV 3.
In 2015, the WHO estimate in Ecuador was 8,400 new cases of TB (51.6/100 a thousand inhabitants), including those with TB/HIV Coinfection, however, the National Health System (NHS) diagnosed and reported 5,215 cases (32.03/100 a thousand inhabitants), and this represents 62.08% of the estimated, evidencing a gap between notification and estimation. In TB/HIV Coinfection, 545 cases were reported, representing 10.45% of TB cases, information obtained from the official database of the National Strategy for Tuberculosis Control and Prevention in Ecuador 4. In 2014, the mortality rate reported by the National Institute of Statistics and Censuses (INEC) was 2.59 per ten thousand inhabitants.
Study population and methods
A secondary analysis of the database of patients with sensitive tuberculosis and HIVinfected was performed. We included six years (2010-2015) in this analysis, and the total of patients reported during these years. The source of tables and figures was the Information System of the National Strategy for the Prevention and Control of Tuberculosis, collected by the Ministry of Public Health of Ecuador.
Ethics approval and consent to participate
The study did not need to be approved by the clinical research ethics committee since we worked with a de-identified dataset. We followed the STROBE checklist to report this work.
RESULTS
The frequency of cases of sensitive TB, reflected in Figure 1, shows a progressive increment up to the year 2012, with a declination of the number of subjects with the disease in the last years. Similar behavior is evidenced in coinfected patients who maintain a rising curve until 2013, and from this year, a diminution of the number of cases with this condition. 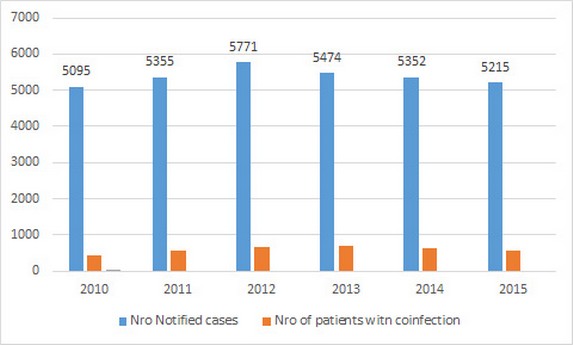 Figure 1. Incidence of cases of Tuberculosis and Co-infected TB/VIH, Ecuador 2010-2015
Figure 2 shows the number and percentage of coinfected patients with sensitive TB. Ranges go between 8.4 and 12.7, being 2013 the year with the highest rate of coinfected cases. In the 6 years of study, coinfected represented 11% of the sensitive TB cohort.

Figure 2. Frequency and percentage of cases with Coinfection in sensitive TB cohorts, Ecuador 2010-2015.
During the six years (Figure 3), male sex was the most prevalent, with a percentage of 76.7 and at a rate of 3.3 men per woman. Men in economically active age represent the highest percentage of affected persons reaching more than 80%, the age group between 25-34 reported the highest rate (41%). With a frequency of 152 cases, the age group of 0-14 years said 4.3%. 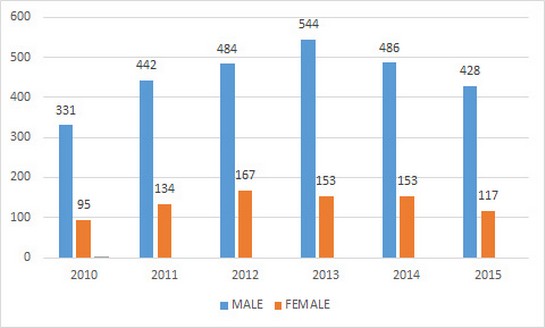 Figura 3. TB/VIH infection by sex, Ecuador 2010-2015
Ecuador has three main geographical areas: the mountainous area (sierra), the coastal zone and the amazonian region. Figure 4 shows the frequency of coinfected subjects by geographic area, the coastal zone with only four provinces of the country reports more than 75% of coinfection TB/ HIV. 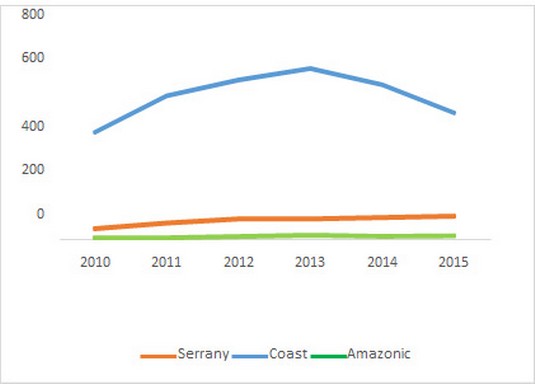 Figure 4 Number of cases according to geographical areas