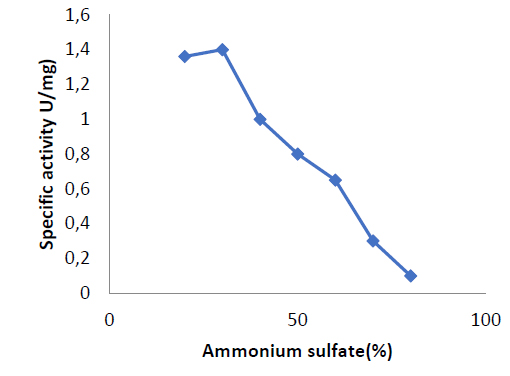 Figure 1. precipitation of enzyme at different ratios of ammonium sulfate saturations
The absorbance at 280 nm of each eluted fraction was used to detect these two protein peaks. The activity of glutaminase was measured in the second protein peak. The second peak eluted in fractions 37 to 51 had enzyme activity of 1.5, according to the results shown in figure (2). 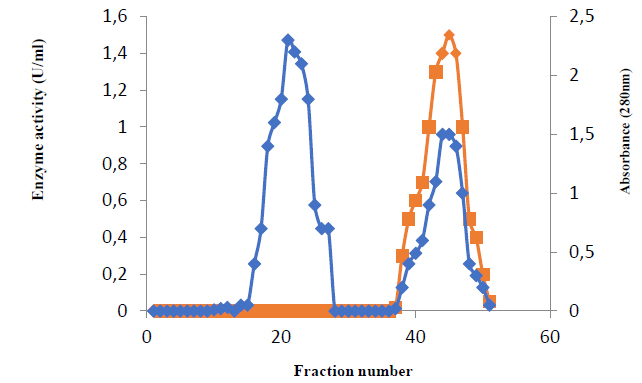 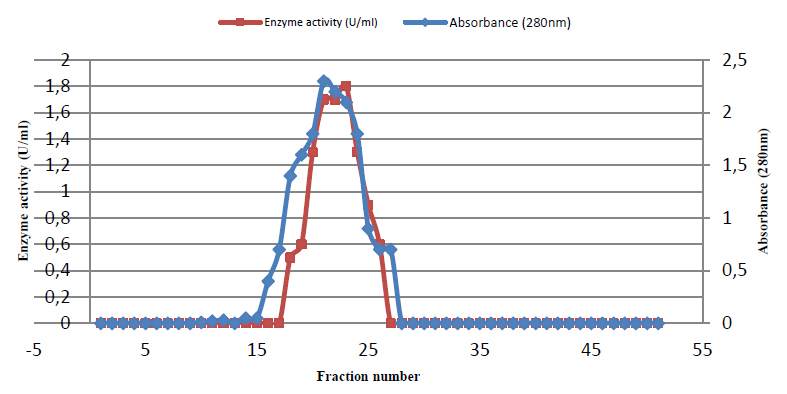 Figure 3. Gel filtration of glutaminase  Sephacryl S-200 column (88 × 1.6 cm)  equilibrated with the same buffer at a flow rate of 0.5mL/min, and 3mL fractions were collected. ‎
Finally, the protein concentration, enzyme activity, and specific activity in this concentrate were 0.04,1.8, and 45, respectively, with a purification fold of 4 and an enzyme yield of 200 percent, as shown in table (1). 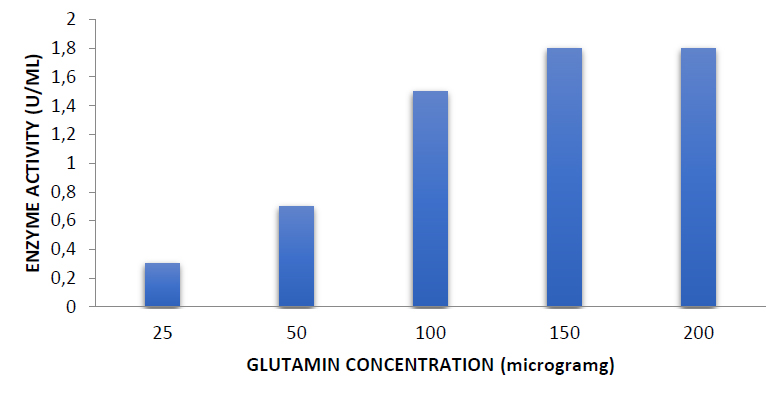 Figure 4. Optimum glutamin (substrate) concentration
Reaction time has an effect
The ideal reaction time was 30 minutes, and the enzyme activity was 2 units per milliliter, as shown in figure (5). 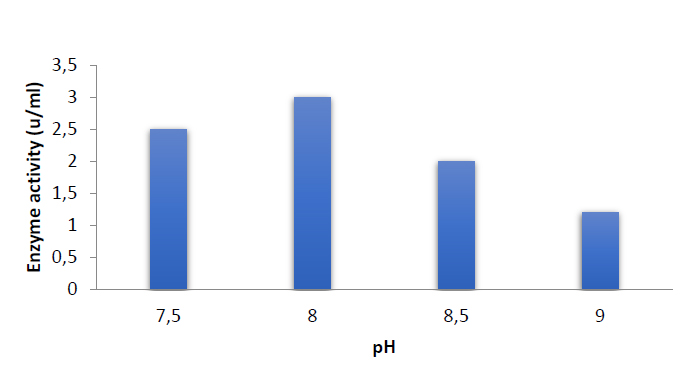 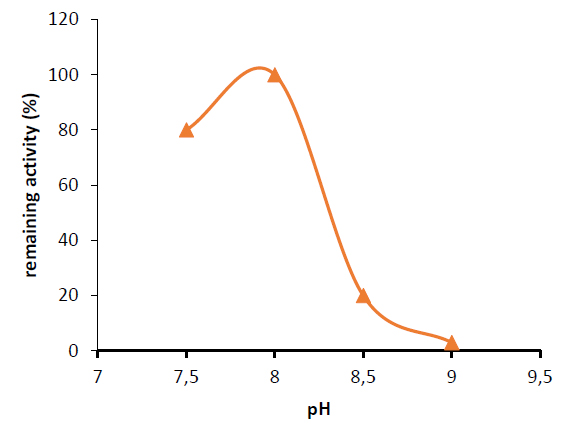 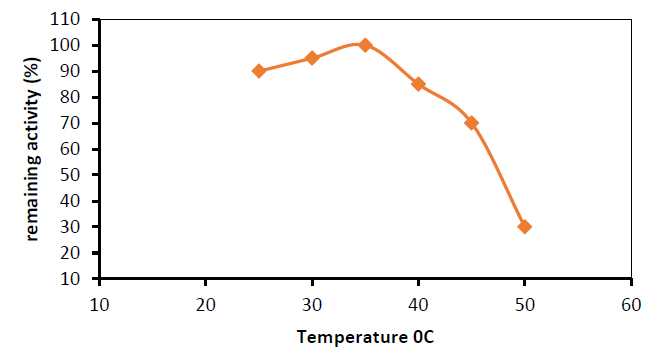